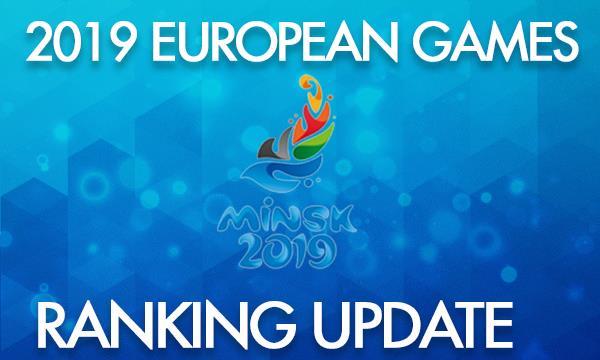 The European Games will take place in June. This is how the rankings are currently looking, as the qualification for the prestigious event draws to a close.
Such as last week, Viktor Axelsen is in pole position to qualify in Men’s Singles, followed by last week’s Indonesia Masters winner, Anders Antonsen. Two of Badminton Europe’s Centre of Excellence players, Milan Dratva and Matthew Abela, can still make it.

There are also no changes in Women’s Singles. Carolina Marin is still in the first place to go to Minsk.

But if the Spaniard is really going to play at the European Games, is open for speculation, as she had to deal with a broken anterior cruciate ligament in her right knee. It is expected that she is off for the next six to eight months.

Next to Marin, the two Danish Women’s Singles players, Mia Blichfeldt and Line Kjaersfeldt are expected to qualify for the European Games.

But the rankings stand with another Centre of Excellence player, Lilit Poghosyan from Armenia, who is not out of the run.
In Men’s Doubles, the Danish deadly duo Kim Astrup/Anders Skaarup Rasmussen is currently in the first spot for the qualification, followed by their compatriots, Mads Conrad-Petersen/Mads Pieler Kolding.

In Women’s Doubles, Gabriela and Stefani Stoeva are still at the top of the rankings. The Estonian pair, Kristin Kuuba/Helina Rüütel, was able to climb up in the ranking and is still in the run to qualify.
The Mixed Doubles is now dominated by the English pair, Chris and Gabrielle Adcock, who are one world-ranking spot ahead of Mathias Christiansen/Christinna Pedersen from Denmark.

Milan Dratva, along with his partner Martina Repiska, is again potentially able to qualify, meaning that the COE player can potentially take part in two events.

Find the updated rankings below: